Now i know it says BOP, But that actually stands for: The book of pussy!

The Book of Pussy, abbreviated as the BOP, is an ancient Japanese text. Shown only once in a forbidden episode, the BOP was used by Filthy Frank to share its secrets with the world. Passed down for centuries, Frank felt it was time to share it with the universe because he thought everyone was ready. Inside this special tome, it details many ancient techniques, some which span as far back as the ancient Egyptian era. 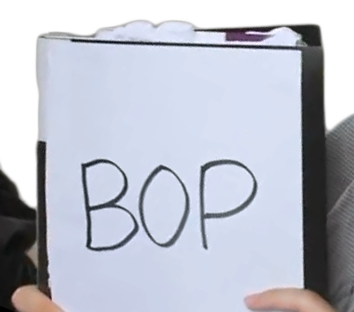 A clearfile or something.
Retrieved from "https://filthy-frank.fandom.com/wiki/Book_of_Pussy?oldid=24079"
Community content is available under CC-BY-SA unless otherwise noted.