Have you seen Chef by Jon Favreau?

After the episode VOMIT CAKE, the Chef DVD has since been featured/referenced in almost every episode of the Filthy Frank show (and even some of the Maxmoefoe and iDubbbz videos in which Frank/Joji appears), and has spawned various references such as The Shrimpson Boys and "El Jefe".

During a Cold Ones podcast sometime in 2019, the Chef DVD made a cameo; Max and Chad were questioned about the origin of the running joke. Allegedly, HowToBasic started it, and was the first to ask the question 'have you seen Chef?'.

Frank holding his copy of the movie

Chef in MAC IS BETTER THAN PC 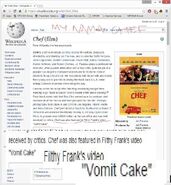 Frank's video was mentioned on it's Wikipedia page.

Macbot holding a copy of the DVD. 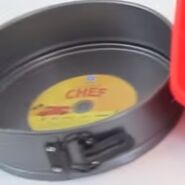 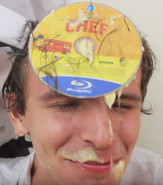