Lemon is a Lycra/Lemon crossbreed who suffers from a severe mental disability. He gets around by crawling and isn't a very good fighter, but he has a heart of gold and will stand beside his friends in battle...His first appearence was in the video titled I'M A LEMON

Lemon grows lemons from his nipples, and lemons can always be seen growing inside of his Lycra suit. Lemon also appears to be one of the most understandable of all entities in Frank's house. Most of his English is spoken clearly and he can form understandable sentences. Lemon Man also appears in the book Francis of the Filth.

Since Lemon is a Lemon, there is a possible theory that he is, in fact, born from a Lemon tree. He might be, in fact, a mutation of either a lemon and a Lycra or simply just a lemon. It is also possible that Lemon was previously a Lemon tree, since he was seen growing lemons from his nipples. It is possible that he was born from either Nagasaki and Hiroshima's atomic bombs or from the Fukushima nuclear plant during the tsunami in 2011, (Most likely the latter because that was the year FilthyFrankTV began) since he is most likely Japanese.

Sometime after Mr. Magic Man's failed attempt to perform a magic show in Japan, he came across Lemon who began following him around. When Mr. Magic Man went to confront his old lover from the cold war, Filthy Frank, Lemon followed him into the apartment. Mr. Magic Man had already put up with enough of Lemon's shit and told him to "Shut the fuck up", but Lemon began to loudly solve a problem on a calculator. Mr. Magic Man sent two Meme Spawns to attack him, immobilizing him on the couch. When the Based God arrived and drove Mr. Magic Man out of Frank's apartment, Lemon had been left behind. Frank and the others saw some good in his heart and allowed him to stay with them.

Lemon crawled into the apartment one day and saw Pink Guy singing "We Can't Stop" by Miley Cyrus. He offered him some lemons that he grew from his nipples, but Pink Guy responded "Fuck Lemons." This hurt Lemon on an emotional scale, as he himself technically is a lemon. He was so offended by this comment that he began to cast a psychic spell on Pink Guy and Salamander Man, and managed to take control of Salamander Man before failing to correctly juggle the lemons required to cast the spell. Pink Guy grabbed the lemon from the door handle and stabbed it with a knife, which broke Lemon's control over Salamander Man.

One day, Lemon and the others were relaxing and listening to Salamander Man's assflute when Frank realized he had forgotten to do the daily sacrifice to Chin-Chin. Frank told the others to hide, however Chin-Chin arrived before anyone could move. After a brief tirade, Chin-Chin grabbed Salamander Man and began dragging him back to the portal. Frank ordered Lemon to stop him, so he got up from his chair and prepared to fight. Chin-Chin began firing anal lasers at Lemon, rendering him unconscious. When it looked like all hope was lost, Lemon regained consciousness and unlocked the power of Lemonjutsu, an incredibly powerful group of skills that takes years of practice to perfect. Lemon used his new-found abilities on Chin-Chin, but since it was his first time using Lemonjutsu, he wasn't able to damage Chin-Chin, thus, he failed at saving Salamander Man.

Lemon was in attendance of Frank's intervention in NOISE COMPLAINTS and ordered Frank to "lol get the fuck out" due to Frank's excessive loudness. Since then Lemon completely disappeared and hasn't been heard from until “FRANCIS OF THE FILTH (OUT NOW)”.

Later, in the aforementioned "FRANCIS OF THE FILTH (OUT NOW)", Frank confirmed that he was alive, as he was trapped by Chin-Chin into a dimensional vortex and encounters Pink Guy, he showed out a book titled "FRANCIS OF THE FILTH", in which he claims to have all the proof from their misadventures. He then asks him to show it to Salamander Man, Safari Man, “that lemon”, and many more friends before he gets sent to another dimension by the dimensional vortex.

Lemonjutsu is a very powerful technique that is even threatening to the dark lord Chin-Chin himself. However, Lemon still does not know how to control his inner power, and isn't able to use the sacred abilities to their maximum potential yet. He can also create lemons with his nipples. 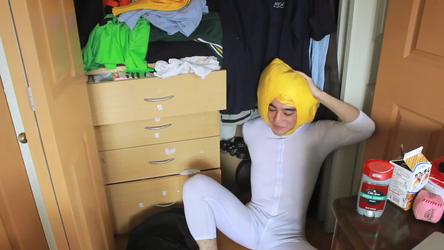 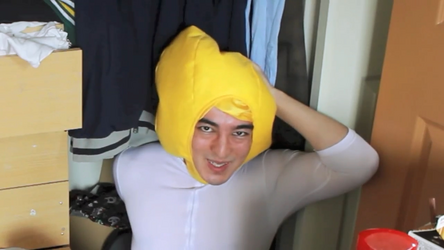 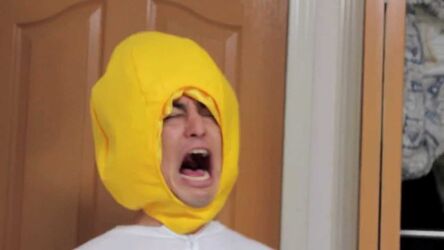 Lemon while having a mental breakdown 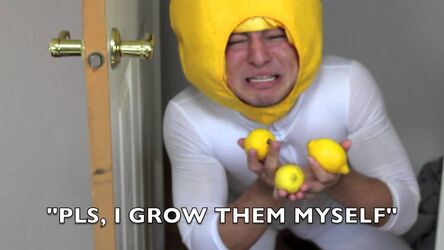 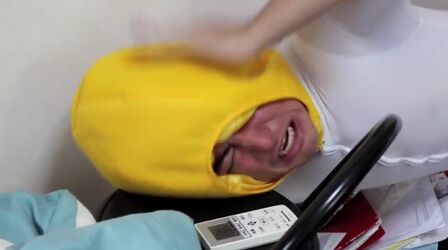 Add a photo to this gallery
Retrieved from "https://filthy-frank.fandom.com/wiki/Lemon?oldid=33012"
Community content is available under CC-BY-SA unless otherwise noted.