Golly-gee, if only there was another way we could mix that cake...

"VOMIT CAKE" was published on July 10, 2015, on the TVFilthyFrank YouTube channel. Alongside special guests Maxmoefoe and HowToBasic, Filthy Frank bakes one of the most explicit recipes known to man. While the episode is a professional cooking instructional video, it is also a promotional trailer for the 2014 film Chef, includes a Naruto cosplay, and is a pro-gay marriage awareness video.

On November 7, 2019, the video was removed by retards for "violating Youtube's policy on violent or graphic content". 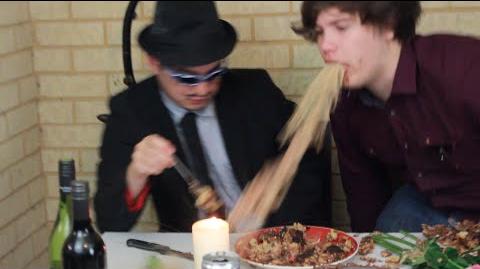 Retrieved from "https://filthy-frank.fandom.com/wiki/VOMIT_CAKE?oldid=33080"
Community content is available under CC-BY-SA unless otherwise noted.